Last week I had a chance to view this year’s release of The Great Gatsby. Overall, it is Hollywood’s fifth attempt at making a great movie out of a great book and who knows whether it will be the last. First of all, let me say I did enjoy the movie. I usually don’t go for films that rely heavily on the new digital technology for special effects, but in the case of this Gatsby version, I found that they added to the story by helping visualize turning back the clock to the roaring twenties. The atmospheric effects obtained through digital manipulation were very good, making you feel that you had been transported back into time.

The Great Gatsby is not the only piece of Fitzgerald’s fiction that has produced as a feature length film. The other cinematic effort comes from a short story that Fitzgerald wrote, called The Curious Case of Benjamin Button. The story was first published by Collier’s magazine in 1922 and then was featured in Tales from the Jazz Age, a collcetion of short stories that was published in the same year. Since this weird and fantastic tale revolves a main character, who was born as an old man and died as a baby, it can be easily placed in the catch-all category of speculative fiction. The 2008 movie featured Brad Pitt and Cate Blanchett in the leading rolls. It did quite well at the box office and has continued to sell as a popular DVD ever since it closed at the movie houses.

Today, this film probably has a larger following than Fitzgerald’s super popular novel, which goes to show that a successful novel does not guarantee a box office smash hit.

The “Great American Novel”
Many writers have toyed with the idea of writing a great American novel.  Perhaps after a lifetime of  hard work, some bestselling writers may produce one work, which is the epidemy of what they trying to say during their lifetime of literary endeavors. For example, William Burroughs’s Naked Lunch, Ken Kesey’s One Flew Over the Cuckoo Nest and Anne Rice’s Interviews With A Vampire may be very popular works of fiction, but in all likelihood, these works are generally not classified as A Great American Novel.  Usually, The Great American Novel is a laudable phrase applied to a piece of literature that presents the most accurate and representative portrait of American life during a specific period of time. Many contemporary literary critics look at Fitzgerald’s The Great Gatsby and see in this very short novel, a marvelous recreation of life during the “Roaring Twenties. 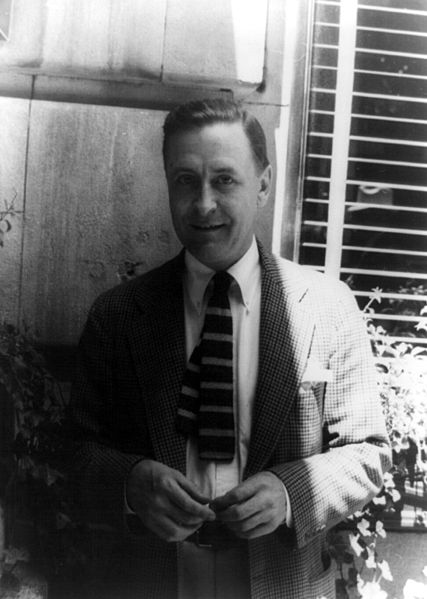 The Great Gatsby
During his literary career, F. Scott Fitzgerald authored five novels, ten short story collections and also coined the term, “The Jazz Age”. Undoubtedly his most highly-regarded novel today is The Great Gatsby. This melancholy story from the “Roaring Twenties” was first published in 1925 to moderate commercial success and mediocre literary acclaim. Set in 1922 within the fictional Long Island town of West Egg, this story revolves around a young self-made millionaire, named Jay Gatsby. Next to Gatsby’s sprawling estate, lives the narrator, Nick Carraway. Nick works in nearby New York City selling stocks and bonds, but often attends Gatsby’s lavish alcohol-laden parties, which are the hit of the town during that peculiar period of American history known as “Prohibition”.
But unfortunately, Jay Gatsby’s new found wealth does not bring him happiness. Not surprisingly, Gatsby’s unhappiness derives from a young woman, who he once romanced at the beginning of WWI. Her name is Daisy and at the time Gatsby was madly in love with her and vica versa. But the war is over and Daisy is married to another man. She is also related to the narrator. 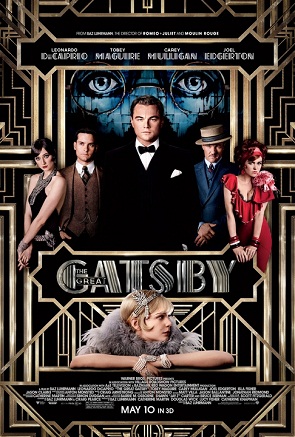 On Screen
All total The Great Gatsby has the makings of a great “Roaring Twenties” story. The book has fast women, faster cars, bathtub gin, nouveau riche, lavish parties, flappers and a love triangle. All told, this classic story has been made into film five times with a sixth production scheduled for release in early May (2013). However, before you rush out to see the 120 million dollar movie that stars Leornordo DiCaprio, Carey Mulligan and Tobey Maguire, you you might want to read this classic American tale. It’s very short (less than 200 pages) and features the use of long, beautifully-crafted, lyrical sentences that still succeed to entertain and amaze the reader. Perhaps it can be said, that Fitzgerald’s masterpiece is the last example of the flowery, descriptive writing that was so prevalent before Hemingway forever changed the playing field with his skilled use of dynamic dialogue and terse prose.

First published in 1925, the Great Gatsby, a novel by F. Scott Fitzgerald, is now considered to be one of the more important American works of literature, written during the twentieth century. Taking place on upscale Long Island, this dark story of love, wealth and death centers on a small click of well-to-do young couples living the good life during the prosperous 20s. The story features drinking and partying during Prohibition with hints that one or more of the major characters might be involved  in bootlegging, one means of supplying the general public with illegal liquor. In many ways, this novel is the quintessential look into the “good life” of those wild and fabulous post WWI years that centered on speak-easys, bathtub gin and stylish dressed young ladies and men.

The trailer for the movie, The Great Gatsby, has been out for several weeks now and can be viewed online. First indications seem to indicate a visually stunning film that delves into the high life of the nouveau riche, living in the NY metro area during the “Roaring 20s”. The film stars Leornardo Dicaprio  and Carey Mulligan and is due to be released in the US on Christmas Day. The classic Fitzgerald novel has long been celebrated as a “Great American Novel” and should provide good holiday entertainment for a large number of moviegoers. I guess you can say that Hollywood is taking a lesson from American professional sports and offering a holiday venue that is sure to entertain millions, while bringing in a whole bunch of loot for the movie industry.